When creating a pod we can specify the amount of CPU and memory that a container needs. If a POD has more than one container requests and limits are specified individually for each container. 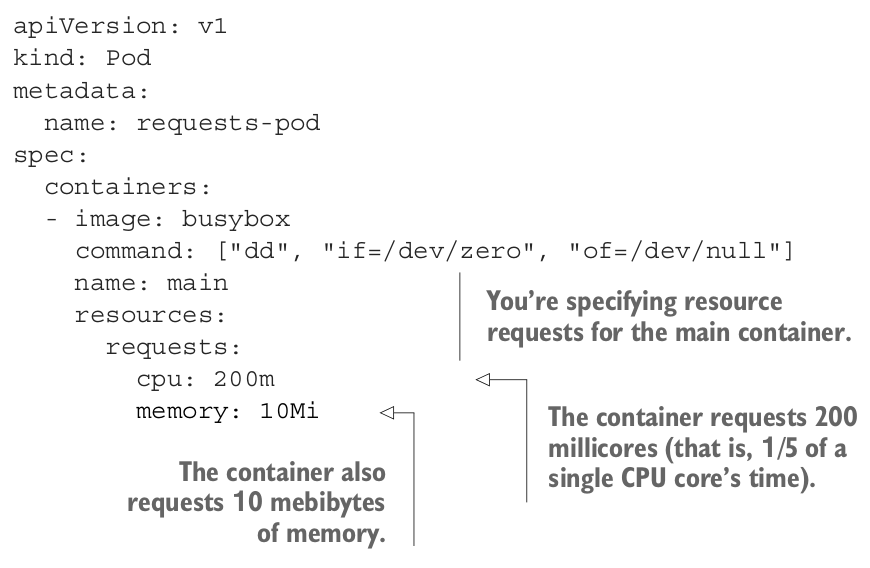 If you don’t specify a CPU request the Kubernetes Scheduler will take the decisions of resource allocations for you. In the worst-case scenario, the container may not get any CPU at all.

The CPU resource is measured in CPU units. One CPU unit in Kubernetes is equivalent to:

You can use the suffix m that means millicores.

How does the Scheduler decide if a POD fits in a Node?

Here is when it gets a bit confusing because the Scheduler doesn’t look how much resources are being used at the time of scheduling but the sum of resources requested by existing pods deployed in the node. In summary, the Scheduler only cares about requests, not actual usage.

CPU is a compressible resource, which means the amount used by a container can be throttled without affecting the process running in the container. On the other hand, Memory is incompressible. Once a process is given a chunk of memory, that memory can’t be taken away from it until it’s released by the process itself. That’s why we need to limit the maximum amount of memory a container can be given.

Without limiting memory, a container/pod running on a worker node may eat up all the available memory and affect all other pods on the node and any new pods scheduled to the node. A single malfunction- ing or malicious pod can practically make the whole node unusable. 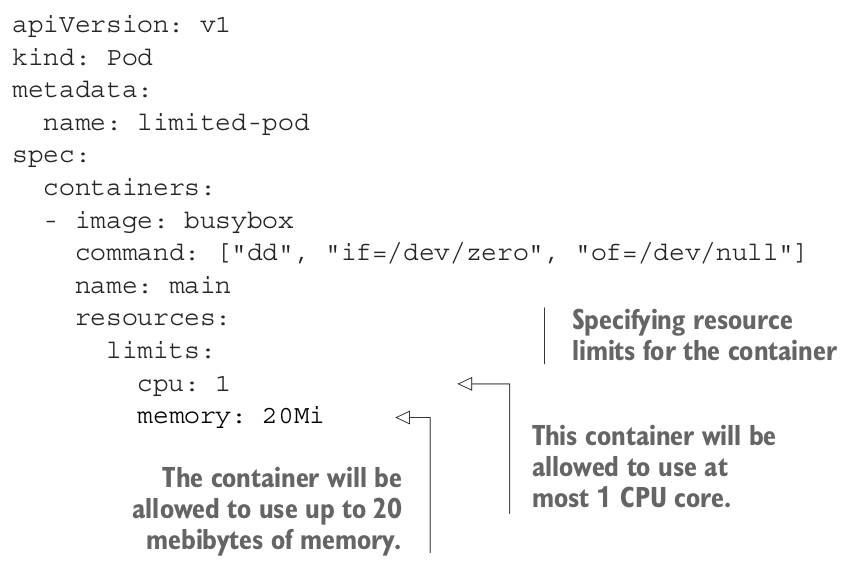 In the example above you can see that we haven’t specified Requests, in that case, request is set to the same values as limits.

Unlike requests, the sum of all the limits are allowed to exceed 100% of the node capacity. The consequence of this is when 100% of the node’s resources are used some containers will need to be killed.

CPU use is throttled when reaching the limits. Is not the same case with memory, the process is killed when tries to allocate memory out of the limit (OOMKilled).

Containers always see the node’s memory and CPU, not the container’s

Even if we set the limit on how much memory is available to a container, the container is not aware of this limit. This has a negative effect on any application that looks up the amount of memory available on the system and uses that information to decide how much memory to use.