Learning Kubernetes (k8 for short) is already complex, to make it even funnier I decided to go one level below and learn (or try) how this container orchestrator works behind scenes.

Most of the references come from blogs like Julia Evans, Kubernetes Documentation and this awesome book called Kubernetes in Action

In a nutshell, k8 has two components 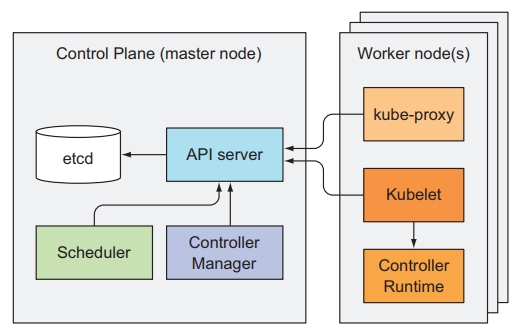 How these components communicate?

How components are run

etcd knows everything about your cluster

The same happens when we make a change in the cluster like adding a new pod kubectl create -f new-pod.yaml. The API Server is called and this interacts with etcd to write the new state of the cluster.

The API Server talks with everyone

It is basically a CRUD system (create, read, update, delete) with a RESTful API endpoint and his database is the etcd service.

It also validates the objects before storing to etcd. It uses Optimistic Locking to ensure that two clients don’t update objects at the same time.

The API Server uses Authentication plugins to authenticate the user, after the plugin identifies the user, extracts the userid and group, this data is used by the Authorization Plugin to identify if the user can perform the action on the requested resource. After the plugin says that the user can perform the action a request is sent to the Admision Control Plugin. In Summary:

After all this process the API Server validates the object and stores the state in etcd and returns a response to the client.

The Scheduler is always watching the API Server

So far seems like a simple task if the Scheduler just picks a random node to schedule the pod but actually, the Scheduler uses algorithms to pick the best node.

Pods belonging to the same Service or ReplicaSet are spread across multiple nodes by default, but this is not guaranteed. We can force the pods to be spread across the cluster or kept together by defining pod affinity rules.

The Control Manager has multiple controllers

There is a controller for almost every resource you can create. The list of these controllers include:

What they do and how they do it?

Controllers watch the API Server for changes in resources (Deployments, Services, etc) and perform operations for each change. They don’t communicate with the kubelet directly or issue any instructions to them, they just update a resource in the API Server 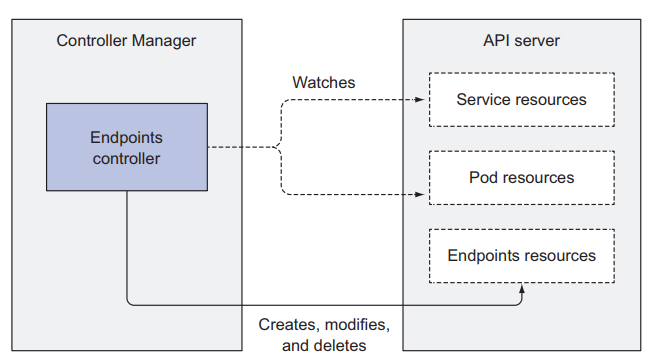 The Kubelet is not a pod but creates multiple ones

Running static pods without talking to the API Server is also possible. Actually, this is how the master nodes run the control plane pods. in summary, the kubelet runs pods based on pods specs from the API Server and a local file directory (Kubelet manifest Directory). 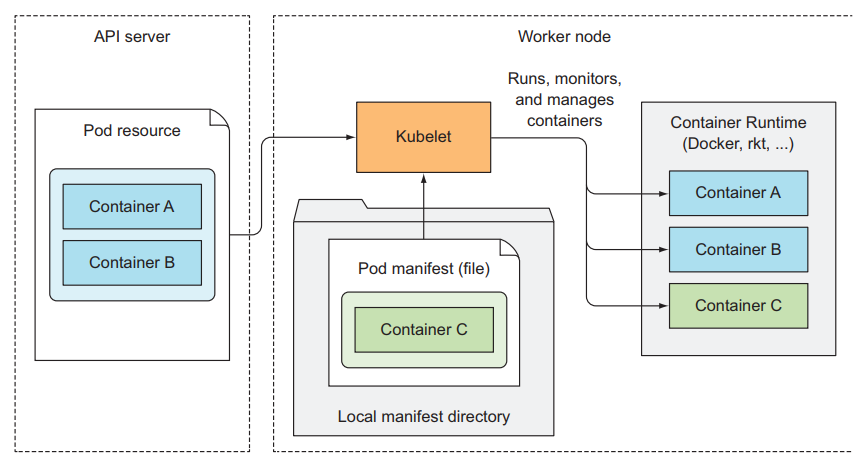 The kube-proxy makes sure connections to the service IP and ports are routed to the right pod. When the service has multiple pods, kube-proxy performs load balancing across those pods.

And finally, we have the add-ons

Extra features like the Kubernetes Dashboard and DNS lookup for Services.