When a request is received by the API Server (kubectl) it goes through a list of authentication plugins. The plugins examine the request and determine who is sending the request.

An authentication plugin returns the username and group of the authenticated user. Kubernetes doesn’t store that information anywhere; it uses it to verify whether the user is authorized to perform an action or not.

Human and ServiceAccounts can belong to multiple groups.

Every POD is associated with a ServiceAccount which represents the identity of the application running in the POD.

A POD authenticates with the API Server by sending the file var/run/secrets/kubernetes.io/serviceaccount/token, which is mounted in into each container file system through a secret volume.

ServiceAccount is yet another object in Kubernetes like Pods, ConfigMaps and so on, is also associated with namespaces.

Each pod is associated with a single ServiceAccount in the pod’s namespace.

A custom token Secret has been created and associated with the ServiceAccount. The authentication tokens used in ServiceAccounts are JWT (JSON Web Tokens)

RBAC determines if a user may perform an action or not. The API server exposes a REST interface, users perform actions by sending HTTP requests to the server. Users authenticate themselves by including credentials in the request (authentication token, username and password, or a client certificate).

Roles define what can be done, while bindings define who can do it 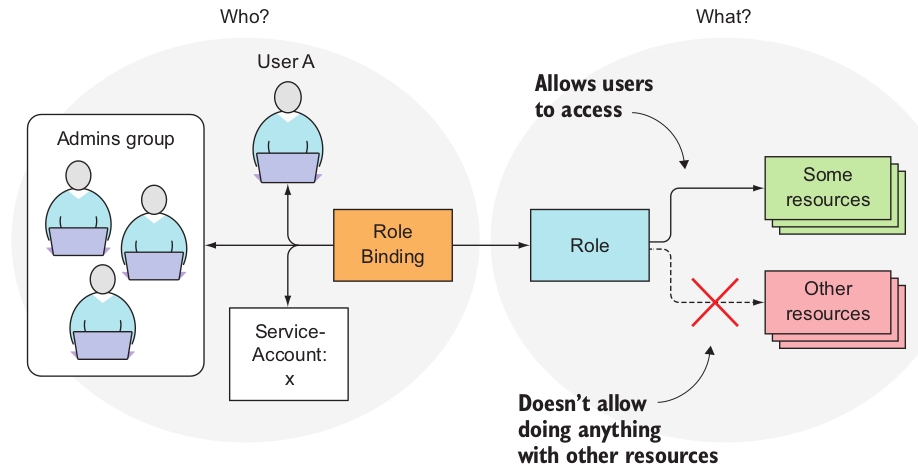 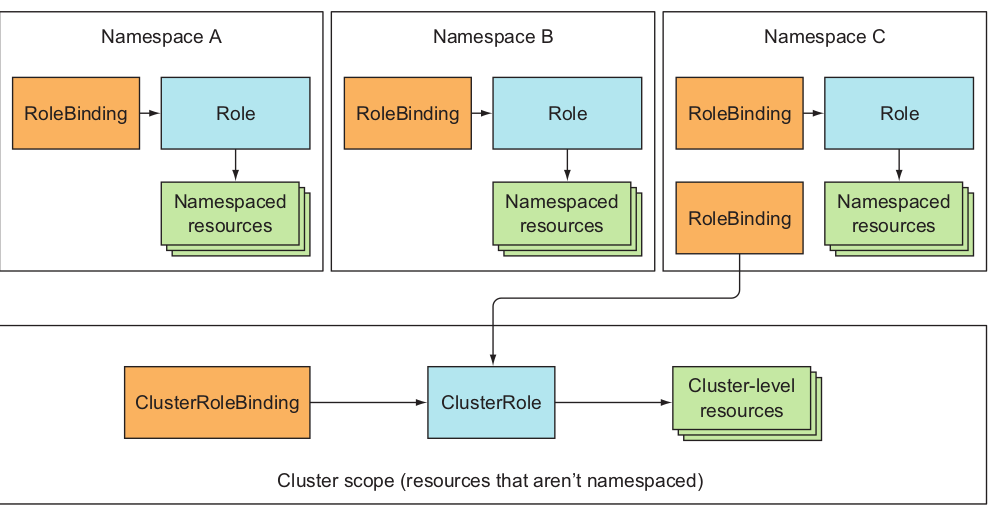